The GI Tract is made up of seven key organs. These include the gall bladder, large intestine, liver, oesophagus, pancreas, small intestine and stomach. Each of these organs have unique functions and characteristics. 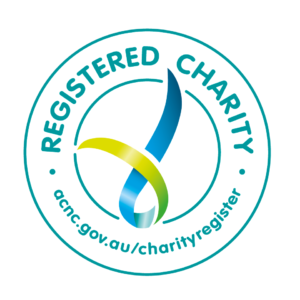 The gall bladder is a small sac that holds bile, a digestive juice produced by the liver that is used in the breakdown of dietary fats. The gall bladder extracts water from its store of bile until the liquid becomes highly concentrated. The presence of fatty foods triggers the gall bladder to squeeze its bile concentrate in the small intestine.

Gallstones (biliary calculi) are small stones made from cholesterol, bile pigment and calcium salts, usually as a mixture that forms in the gall bladder.

Gallstones are a common disorder of the digestive system, and affect around 15 per cent of people aged 50 years and over. Some things which may lead to the formation of gallstones include the crystallisation of excess cholesterol in bile and the failure of the gall bladder to fully empty. In most cases, gallstones don't cause any problems.

However, prompt treatment may be necessary if stones block ducts and cause complications, such as infections or inflammation of the pancreas (pancreatitis).

The large intestine is a muscular tube about two metres long consisting of the colon and rectum and its main function is to absorb water and allow fibre and starch to be broken down by bacteria. This produces valuable fatty acids that nourish the cells in the colon. It is also normal for this process to generate gas, which may trouble some people. The bacteria and any food residues pass along to become faeces.

The rate of movement of the residue is determined by muscular action. If there is too much action, diarrhoea occurs - if there is too little, constipation results. Normally the movement of the colon is well co-ordinated, but it is a complex system and if the rhythm is disturbed, pain and alterations in bowel habit can occur.

The liver is located in the upper right hand area of the abdomen, just beside the stomach and below the right lung. The liver is the largest gland in the body. It weighs about 1500 grams and is surrounded by a thin membrane called Glisson's capsule. Sometimes the liver swells and stretches this capsule, causing discomfort.

The oesophagus is the muscular tube that leads from the mouth to the stomach. Swallowed food is massaged down the oesophagus and passed through a weak ring of muscle (sphincter) into the stomach. Reflux occurs when the acidic contents of the stomach squeeze or 'slosh' back through the sphincter and enter the lower oesophagus, causing symptoms such as heartburn (a burning sensation in the lower chest) or regurgitation.

The pancreas is located in the abdomen, tucked behind the stomach, between the upper part of your small intestine (duodenum) and the spleen. It is shaped somewhat like a tadpole - fat at one end and slender at the other - and is around 25cm in length.

The pancreas serves a few distinct and vital functions:

1. Once food has been mulched and partially digested by the stomach, it is pushed into the duodenum (first part of the small intestine). The pancreas helps to digest food, particularly protein. Most of the pancreas is compose of cells called exocrine cells that produce digestive enzymes. Pancreatic enzymes flow from these cells through small ducts into the main pancreatic duct, which leads to the duodenum. Pancreatic juices contain enzymes that only become activated once they reach the duodenum. This is to prevent the protein-digesting enzyme trypsin from 'eating' the protein-based pancreas or its duct. Other enzymes produced by the pancreas include amylase (to break down carbohydrate) and lipase (to break down fats).

4. The pancreas makes the hormone insulin, which helps to control blood sugar levels. Insulin is manufactured by a small clump of pancreatic cells called the 'islets of Langerhans'. High blood sugar levels prompt the release of insulin, so that the sugars can pass into cells. The endocrine pancreas also  makes glucagon, another hormone involved in the regulation of blood sugar

The process of digestion mixes and softens food, breaking it down chemically so it can be absorbed by the intestine. The whole of the digestive tract moves rhythmically day and night, churning and squeezing food and mixing it with digestive juices.

The salivary glands begin to digest starch as soon as we eat. As we swallow, muscular contractions move food down the oesophagus to the stomach.

The cells in the lining of the stomach produce hydrochloric acid and some enzymes, which begin digesting food.

In the small intestine, more enzymes plus bile from the liver (via the gall bladder) and pancreatic secretions continue the digestive process. Together they break down fats, proteins and carbohydrates into simple nutrients that can be easily absorbed into the blood. Most of these nutrients go to the liver and are then distributed to the rest of the body to provide energy.

Dietary fibre and some starches are not digested by the enzymes in the small intestine, but pass to the large intestine where bacteria break them down to provide a further source of energy. The bacteria and any fibre which has not been broken down form faeces and are passed from the rectum.

The stomach's first job is to accept and store the food that enters it. In response to the arrival of food, glands present in the lining of the stomach produce stomach acid (or gastric acid) - another digestive juice.

Muscles in the wall of the stomach help to move the food and acid around making sure that they mix thoroughly. Stomach acid helps to break down the food further into smaller, easier to digest fragments. The acid also kills bacteria contained in the swallowed food or saliva.

By the time food is ready to leave the stomach, it has been processed into a thick liquid. Finally, muscular movements in the lower part of the stomach push this partly-digested food down towards the small intestine.